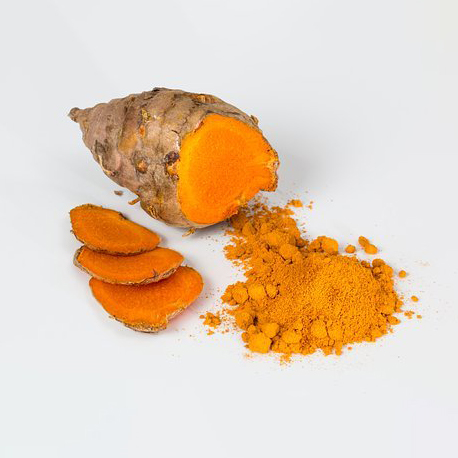 Turmeric is the spice that gives curry its yellow color.

It has been used in India for thousands of years as a spice and medicinal herb.

Recently, science has started to back up what Indians have known for a long time — it really does contain compounds with medicinal properties.

These compounds are called curcuminoids, the most important of which is curcumin.

Curcumin is the main active ingredient in turmeric. It has powerful anti-inflammatory effects and is a very strong antioxidant.

However, the curcumin content of turmeric is not that high. It’s around 3%, by weight .

Most of the studies on this herb are using turmeric extracts that contain mostly curcumin itself, with dosages usually exceeding 1 gram per day.

It would be very difficult to reach these levels just using the turmeric spice in your foods.

Therefore, if you want to experience the full effects, you need to take a supplement that contains significant amounts of curcumin.

Unfortunately, curcumin is poorly absorbed into the bloodstream. It helps to consume black pepper with it, which contains piperine, a natural substance that enhances the absorption of curcumin by 2,000% .

Curcumin is also fat soluble, so it may be a good idea to take it with a fatty meal.

1. Curcumin Is a Natural Anti-Inflammatory Compound

It helps your body fight foreign invaders and also has a role in repairing damage.

Without inflammation, pathogens like bacteria could easily take over your body and kill you.

Although acute, short-term inflammation is beneficial, it can become a major problem when it becomes chronic and inappropriately attacks your body’s own tissues.

Curcumin is strongly anti-inflammatory. In fact, it’s so powerful that it matches the effectiveness of some anti-inflammatory drugs, without the side effects .It blocks NF-kB, a molecule that travels into the nuclei of your cells and turns on genes related to inflammation. NF-kB is believed to play a major role in many chronic diseases

2. Turmeric Dramatically Increases the Antioxidant Capacity of the Body

Curcumin boosts levels of the brain hormone BDNF, which increases the growth of new neurons and fights various degenerative processes in your brain.

4. Curcumin Should Lower Your Risk of Heart Disease

Curcumin has beneficial effects on several factors known to play a role in heart disease. It improves the function of the endothelium and is a potent anti-inflammatory agent and antioxidant.

5. Turmeric Can Help Prevent (And Perhaps Even Treat) Cancer

Cancer is a terrible disease, characterized by uncontrolled cell growth.There are many different forms of cancer, which still have several things in common. Some of them appear to be affected by curcumin supplements.

Curcumin has been studied as a beneficial herb in cancer treatment and been found to affect cancer growth, development and spread at the molecular level .

6. Curcumin May Be Useful in Preventing and Treating Alzheimer’s Disease

Curcumin can cross the blood-brain barrier and has been shown to lead to various improvements in the pathological process of Alzheimer’s disease.

Arthritis is a common disorder characterized by joint inflammation. Many studies show that curcumin can help treat symptoms of arthritis and is in some cases more effective than anti-inflammatory drugs.

8. Studies Show That Curcumin Has Incredible Benefits Against Depression

A study in 60 people with depression showed that curcumin was as effective as Prozac in alleviating symptoms of the condition.

If curcumin can really help prevent heart disease, cancer and Alzheimer’s, it would have obvious benefits for longevity.

For this reason, curcumin has become very popular as an anti-aging supplement .

But given that oxidation and inflammation are believed to play a role in aging, curcumin may have effects that go way beyond just preventing disease