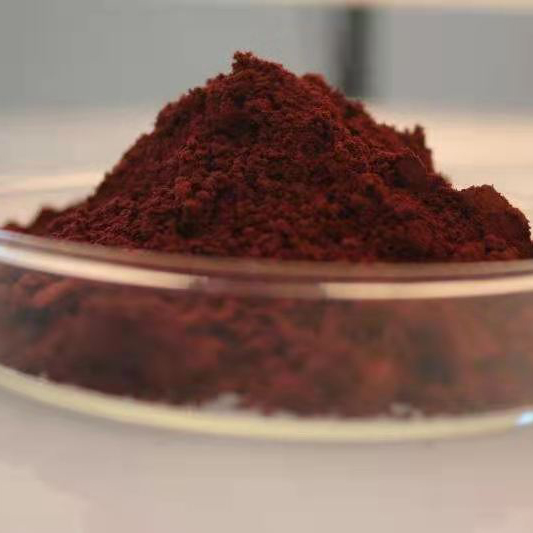 Grape Seed (skin) extract is an extract from the seed (skin)s of grapes. The seed (skin) s left over from the production of wine or juice are harvested, ground and extracted. They have a high content of compounds known as OPCs (oligomeric proanthocyanidins). Since French researcher, Dr. Jack Masquelier isolated OPCs from peanut skin in 1947, OPCs is found in many plants and has been declared to be a potent antioxidant of non-toxic, non-mutagenic, non-carcinogenic, and free of side effects according to a review of numerous researches.

It has been proved that the oxidation of LDL plays an important role in atherosclerosis. By its excellent antioxidant activity, OPCs eliminates damages that free radicals, as well as collagenase and elastinase do to the arteries, thus prevents or reverses atherosclerosis. Animal evidence suggested that OPCs could slow or reverse atherosclerosis.

Varicose Veins refers to the situation when blood pools in the legs, causing pain, heaviness, swelling, fatigue, and unsightly visible veins. By strengthening capillary and reduce capillary osmosis, OPCs can relieve the pain and swelling of venous insufficiency. For the same reason, OPCs is recommended as a treatment for hemorrhoids as well. There is also some evidence that OPCs can be useful for the swelling that often follows injuries or surgery.  OPCs appear to speed the disappearance of swelling, by strengthening damaged blood and lymph vessels that are leaking fluid.

A double-blind placebo-controlled study of 92 subjects found that OPCs, taken at a dose of 100 mg 3 times daily, significantly improved major symptoms, including heaviness, swelling, and leg discomfort. Over a period of 1 month, 75% of the participants treated with OPCs improved substantially. Another placebo-controlled study that enrolled 364 individuals with varicose veins also found that treatment with OPCs produced results superior to those of placebo.

The capacity of OPCs in strengthening capillary and reduce capillary osmosis is effective for patients suffering from stroke and retinopathy. OPCs has been proved to improve retinopathy caused by diabetics, atherosclerosis, inflammation and aging. It has also been reported that OPCs can speed vision recovery after strong light, and improve vision acuity of those who suffer from eye fatigue because of long-time computer using.

A 6-week, controlled (but not blinded) study evaluated the ability of grape seed (skin) OPCs to improve night vision in normal subjects. In this trial of 100 healthy volunteers, those who received 200 mg per day of OPCs showed improvements in night vision and glare recovery as compared to untreated subjects.

Because OPCs can easily pass the Blood-Brain Barrier, it can effectively inhibit the damage that free radicals do to the brain organism, so that Alzheimer Disease is prevented and reversed.

Because of its antioxidant activity, OPCs is thought to prevent the skin from excessive ultraviolet radiation and free radicals. Considerable evidences indicate that OPCs protects and strengthens collagen and elastin of the skin, so that wrinkle is prevented and elasticity of the skin is kept. OPCs in cream form are a popular treatment for aging skin, on the theory that by repairing elastin and collagen they will return skin to a more youthful appearance.

Since free radicals play a vital role in tumor formation, OPCs is reasonably used for its anti-cancer activity. Also for its inhibition of inflammatory factors such as PG, 5-HT and Leukotriene, as well as selective binding to connective tissue of the joints to relieve pain and swelling, OPCs is helpful for kinds of arthritis. The anti-allergic activity of OPCs is thought to be the result of anti-histamine. Compared with other anti-allergic drugs, OPCs has the same efficacy and does not have the same side effects such as drowsiness.

This Product is composed of procyanidolic oligomers (OPCs). Structural formulas are followed: