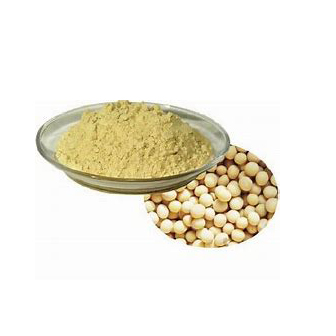 Soy has been part of the Southeast Asian diet for nearly five millennia, whereas consumption of soy in the Western World has been limited until the 20th century. Heavy consumption of soy in Southeast Asian people is associated with reduction in the rates of certain cancers and cardiovascular disease, and the troublesome side effects that may accompany with menopause. Recent experimental evidence suggests that isoflavones in soy, which has been scientifically analyzed since the 80’s, are responsible for the beneficial effects.

The hypothesis that soybean isoflavones may help relieve menopausal symptoms (such as hot flashes, emotional disturbances and compromised sexual activity) has been confirmed by recent scientific studies. Furthermore, soybean isoflavones significantly decrease the rates of breast cancer, which is thought to be relevant to their effects as phytoestrogens. Studies also point out that high consumption of soy isoflavones in the diet are implicated in inhibiting the growth of prostate cancer cells, those who eat a low-fat diet, but rich in soy proteins, have a lower incidence of prostate cancer.

Soy Isoflavones are important new elements in the prevention and potential treatment of cancer. Soy isoflavones also have antioxidant properties, and like other antioxidants, they can reduce the long-term risk of cancer by preventing free radical damage to DNA.

Similarly, Asian men who eat high-soy diets have a low risk of invasive prostate cancer. The standard American diet has no phytoestrogens, says Susan Lark, M.D., who specializes in women’s health issues in Los Altos, Calif. Of soy and other natural sources of phytoestrogens, she adds, you have to keep taking these foods to maintain their estrogen like benefits.

Additionally, in a group of Australian Caucasian women, those whose diets were included higher amounts of isoflavones and other phytoestrogens had a lowered incidence of breast cancer.

Isoflavones also reduce cancer risk by inhibiting the activity of tyrosine kinase, an enzyme that promotes cancer cell growth..Some researchers have shown that genistein is antiangiogenic, and as an antiangiogenic substance, it blocks the growth of blood vessels that tumors need to expand.

Use In Estrogen Replacement Therapy

The benefits of soy go beyond reducing long-term cancer risk. Recent studies have found that soy (in either isoflavones-rich protein or pure isoflavones supplements), can reduce menopausal hot flashes and increase bone density in women. Indeed, many menopausal and postmenopausal health problems may result from a lack of isoflavones in the typical American diet.

Estrogens are essential for the female reproductive system, but they are also important for the bones, heart and possibly the brain. For women facing menopause (and the loss of estrogen), replacing estrogens is a major issue. Christine Conrad, co-author with Marcus Laux, N.D. of Natural Woman, Natural Menopause, relates that soy isoflavones and other plant estrogens are effective hormone replacements after a hysterectomy. Other researchers have reported the isoflavones are also estrogenic enough to promote bone formation.

This product is composed of Daidzin,Genistin,Glycetin,Glycetien,Daidzein and Genistein mainly. Structural formulas are followed: 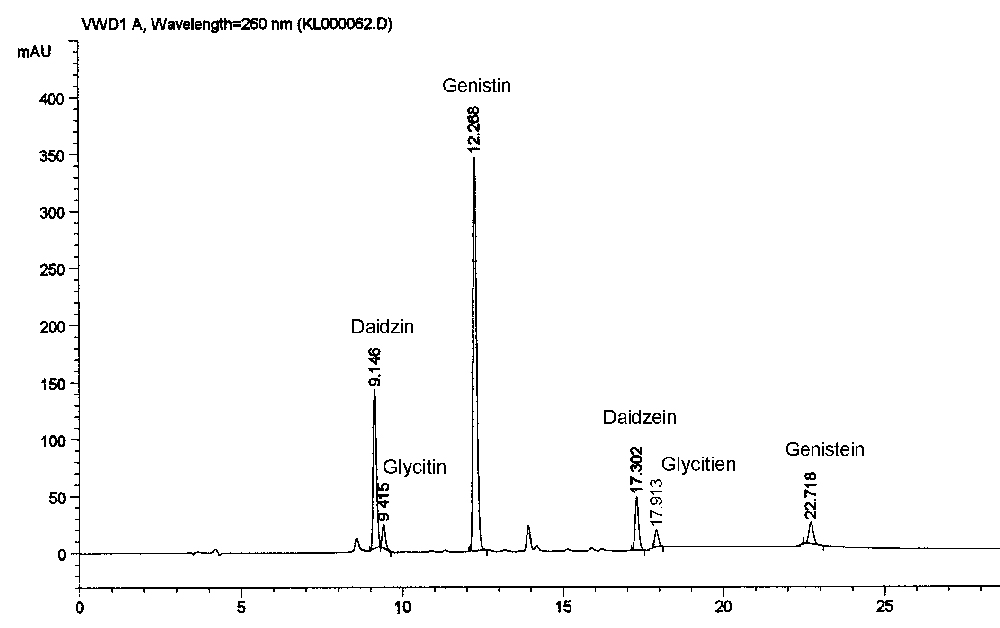